Heidi had actually started Firestarter in Perth before I met her and at that time was more about being a point of contact/manager for a friend’s band but then quickly moved towards promoting launches and events for others. That was way back at the start of the millennium!

Once I came on board I was already playing in a few bands and was literally going out to shows four or five nights a week. Like most people I figured that if I wanted more opportunities I should start creating them myself. Teaming up with Heidi meant we could focus on a small roster of bands where we’d provide label type services along with bookings.

Back in those days before Unearthed and social media it seemed there was a bit more time for artists to develop. Bands really slogged it out at a local level before feeling the need to throw themselves at radio or what not straight away. Not that anyone would have complained with early spins, but the general emphasis for us was to book shows that would garner positive feedback/reviews and become the building blocks of landing key support slots and festival appearances. Then when it was time to start touring it meant engaging with industry and media on a national level. 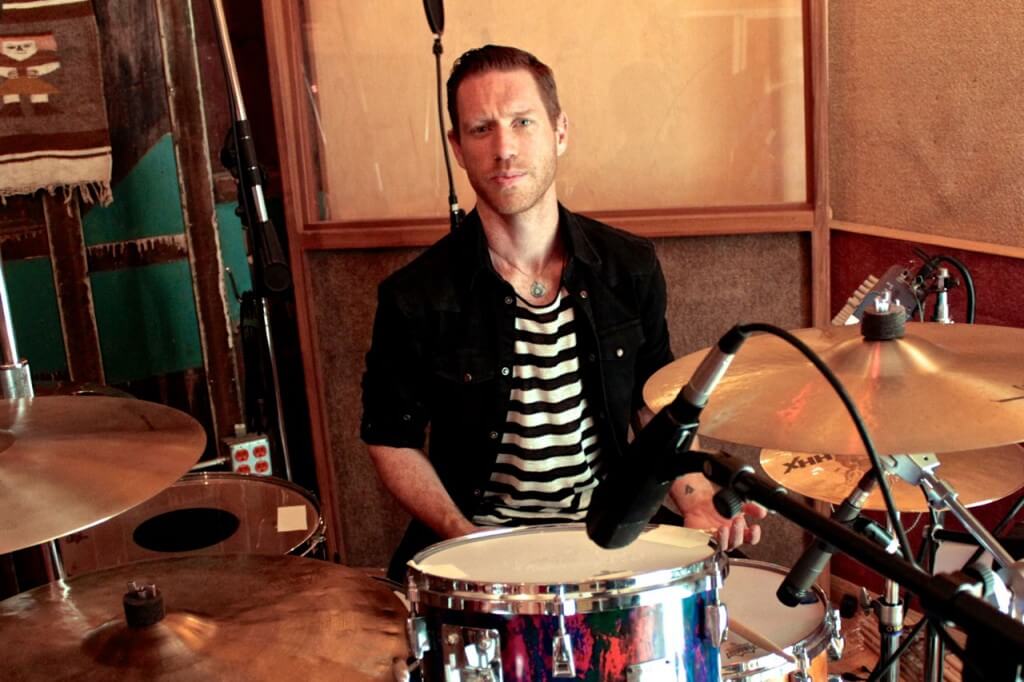 It really depends what the goals of the artist in question are. More often than not if someone has taken the time and effort to head in to a world class studio they’re going to want some sort of result. Unfortunately some people throw all of their material on bandcamp the day they get their masters back then wonder why nothing happened.

So we start with building a timeline for a cycle that incorporates the things you can do leading up to a release date as well as of course what the game plan is to keep momentum building. This may include setting up Digital Distribution and servicing to media and other parts of industry.

It’s essential to pay attention to all the other surrounding facets of your artistry when servicing or just in general really. Based on the stats from our digital press releases, a great photo that accompanies a new single results in far more clicks and revisits. So image, art, bio, video and anywhere else you can flex your creative muscle all aids in the story and package of presenting and building an artist’s profile.

Every now and then someone may say to us “I just want to let my music speak for itself man”, which is totally fine if that’s your angle and we may even play to that if suitable, but by not utilizing all these available tools and putting the effort into how you project your music, you’ll just get lost amongst the competition.

It’s a lot of work to begin with but I’ve seen many artists flourish who didn’t realise what they had to do to make themselves attractive to the manager, label, booking agent or publisher they were seeking.

I remember the first time my band was played on triple j and it was quite a moment, so its been rewarding to see many others score their first spins too. Australia has a great infrastructure at community radio and even some commercial stations are supportive when they’re not required to be, so it’s encouraging when the play count is up for an emerging artist.

Budget is always important. Everyone wants maximum exposure for as little as possible, so we often provide options and discuss the pros and cons of paid advertising that’s relevant to what sort of project the artist is undertaking. Outside of that it’s generally an overview of everything a career artist may be looking for. How do I secure a manager/booking agent/label/airplay on radio?

While being active on social media is extremely useful to start building a connection with punters, actually getting out to a show once or twice (or more!) per week can be an invaluable source of networking with other artists. Some acts wonder how they can be offered more gigs while they don’t support an industry they expect to be supported by themselves. Meeting like minded people can land you a slot based on enthusiasm and if you can pull some heads or put on a shit hot show, that’ll only lead to more opps.

If you’re not in a position to get out to shows as often as you’d like, then Unearthed is a pretty handy tool where you can search other acts by genre and location. This is particularly effective when looking to team up with others outside of your own town to organise and promote shows.

Retail physical distribution through our own structures and via other affiliates has meant that all Australian titles have been able to be imported from many other countries. However the focus is leaning towards the on-going relationships we have with the all the leading Digital Service Providers. The advent of streaming has opened up a world of opportunity for artists we work with from here and abroad, but its ever evolving landscape is something we need to keep on top of.

The aforementioned Digital Distro makes for an exciting and unknown future for us as it inevitably has become a key component of promoting music. New DSPs are popping up while others like Rdio are folding and then there’s Pandora who I’m sure we’ll be hearing even more about in Australia.

We’re really happy where we are with what work we decide to take on, which is often influenced by the multiple artists we team up with repeatedly. We figured out a long time ago that we didn’t need to be aggressive in sourcing talent nor have we ever paid to advertise our services, we’ve kept it very underground in a sense. The goal has never been to take on more and more artists, hire more staff and become a production line, so we’re comfortable knowing we can focus on what we have in front of us.

It’s a week long conversation really, as there’s many ways for the artist and fan to deal directly with each other today but it all still comes back to effective promotion. There are a zillion bands on Unearthed and Bandcamp that can share/sell their music direct, but all artists want more exposure.

I think it’s ludicrous how leading retailers still want upwards of $25 for a CD but there’s many indie stores (and web stores) that are doing better deals. For example a metal band can benefit from the exposure of 24Hundred or Nerve Gas but if you want to keep every cent of your sale then stick to your DIY web page. Everyone wants their release in every JBs store but your return on sales is understandably going to be less. I only mention this now as we still sell a lot more CDs than people think. Artists that are having breakthroughs now are also shifting hundreds of units of their back catalogue.

I’m super excited about the future of crowd funding/subscription models like Patreon and the relationship between artist and fan there, though obviously how established your act already is will influence what you may be able offer or what the fan may expect. All in all it goes without saying that the more demand there is for your music, the more the ball is in your court to be able to make decisions like cutting out the middlemen in certain areas.

Oh that’s always been easy. I care about your band but I care about mine more! Heidi is steering the ship and running the crew so I might make a few calls and help out with some emails but there’s really a lot I don’t have to worry about. The last six months for example I’ve spent 70% of my time away with the band, sometimes it’s more, sometimes it’s less, but I commit to longer hours by relieving Heidi of some sort of exciting database maintenance.

10. What has been your biggest challenge so far in your musical career as a professional preforming and recording artist?

Not being replaced by a drum machine! I think a challenge these days is to not let myself get too rusty. Back when I played in multiple bands and lived in the next street to band mates you would jam all the time, now it’s a matter of just rehearsing prior to a tour which may only happen once or twice a year. I highly value that unquantifiable tightness a band can have and luckily Birds are a machine that has that chemistry, but it needs a bit of oilin’ every now and then!

11.    What is the single best decision you have made in your life so far?

Any parent will tell you having a child ended up being the best decision they made. I knew it would certainly shake up my non-domestic ways, maybe it hasn’t as I still get in to trouble all the time! The only instance where I potentially could have missed a Birds show was when my daughter’s due date of birth in Perth landed on the same day as our first Splendour In The Grass offer. I decided to roll the dice in advance and do the show and luckily little Amelie was born a couple of days earlier before I flew out!