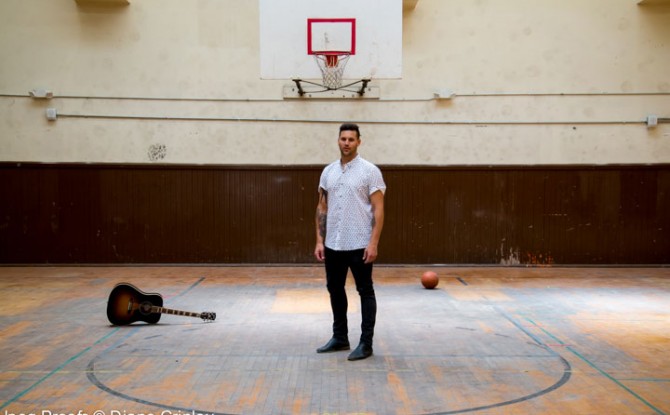 Interview with the songwriter and singer Josh Paul

Josh Paul, Singer songwriter, business owner and who just spends time in Nashville and Sydney writing for other artists.

Songwriter Josh Paul owns a rehearsal and production studio in Homebush West called Arthur Street Studios. What’s interesting is how this reserved songwriter set up Arthur Street Rehearsal Studios and spends time flying between Nashville and Sydney writing for quite a few interesting artists in the industry. We thought we’d catch up and ask him a few questions.

• So where did your musical career start?

It started from when I was young playing all sorts of different musical instruments from piano, Clarinet, Trumpet and Guitar. Guitar was my favorite so I stuck with that one. I was asked to play in the band at my parent’s church, which looking back now was such a real opportunity, even if I didn’t like the songs. It was a great learning curve having to work of charts learn songs every week then do one rehearsal before the service and that was it. High School I got really into being in my own band and formed one of my own and made my first record, we played a bunch of battle of the bands gigs mainly because they were the only under age ones we could get but out that we got offered a single record deal in the US with a company. At that point the band broke up with it becoming too serious for some of the other members. That’s when I knew that I wanted to make music for a living.

• When did you start to songwriting for other artists and who have you been working with recently?

I have always been into songwriting, I really love telling stories through song. I have been co writing for many years and through doing that I have had people ask me if I could write for them. This was sort of strange to me at the time but as I’ve been around the music industry longer I start to see all the roles people have to play.

Not all Acts/bands/Music Artists/Entertainers write their own music and or songs and they all need songs. I really enjoy songwriting and am passionate about that side of things so I saw an opportunity there. At first I asked people If I could write for them or with the, and it’s grown from there. I still haven’t made my goal of a couple of US #1’s but I’m working on it. I have currently been writing songs for John Walsh Producer of Australia’s Got Talent and the Voice, Rachael Fahim, Missy Lancaster, John Cronnin (US), and FlakaKikki.

• We understand that you’ve been to Nashville again recently, can you tell us a little more about this.

I head to Nashville for a couple of very simple reasons, there is more opportunity and more money to be made. Which is important because both of those things enable me to keep doing what I love doing, which is write songs and perform.
The song writing culture over there is completely different to Australia. There is this amazing energy there and you can write with so many people if you put yourself out there enough. A lot of number one songs come out of Nashville in many different genres. Nashville while it has a stigma of being a country music town is far more then that if you look beyond Downtown on Broadway. The talent you find there always blows me away.

• How did Arthur Street Rehearsal studio come about and what’s your aim for the studio?

The studio was previously called pinnacle and I when I took it over it had a pretty bad name. So I changed the name and changed the business model.

I built a small production control room and live room for myself to work out of. I wanted to make a new record at the time and keep going with my songwriting so the opportunity to do that was awesome. I’vebeen producing a few different acts that didn’t need a big studio for what they wanted to do nor could they afford it. So my goal was to make Arthur Street Studios sort of a stepping stone to getting an artist or a band to where they wanted to go and a place to figure everything out before they went and paid top dollar for the big studios like A Sharp Recording Studios.

I have been in the position where we didn’t do that and made huge mistakes in the studio that cost lots of money. Which could have been avoided if I had of invested time and a small amount of money into preparing.

Arthur Street Studios, Is a place to do overdubs, guitars, bass, Percussion, backing vocals, Vocals etc all the little bits and pieces that you don’t need to pay a big studio for. It’s also a great home to base yourself out of to demo out all your tracks, get a producer in to do pre production and record it all on the fly or come in and song write with me or any of the other writers that come in every week to just write songs together. The space has a great vibe and everyone that uses the space is a working musician so there is always someone to network with as well. 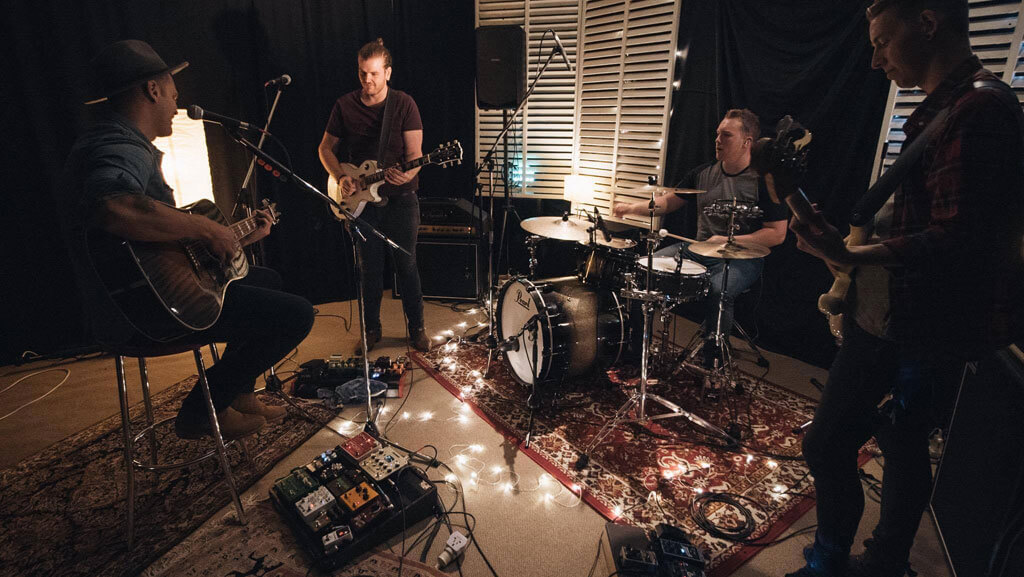 • We understand that you’re sponsored by Gibson Guitars – how did this happen?

Well, I was in need of the gibson sound for some Acoustic parts I was recording for my new record. I was ringing around to see who had one that I could borrow but no luck. So my producer Nathan Sheehy said just reach out to Gibson and see if they will hire us one for the session. Long story short I ended up joining the gibson artist family.

• Do you have any significant musical goals that you’d like to achieve?
My goals generally involve playing stadiums and having number 1 songs. But to get there you need a good plan and a great team of people working alongside you who believe in what you are doing. You cant do it on your own and there are many different people doing different things that get you there. For example, Songwriters, Producers, Engineers, Studios, marketing, Photography, Artwork designer, Website, Social media, PR the list goes on and so does the invoice trail! haha One of the main goals I also have is to not give up.

• What’s been the biggest challenge of your musical career so far?

Well, that’s a hard question. I don’t think there is one. For me i think there is two and most people will find this same problem.
Having the budget to see out my vision and having the networks and people believing in what the vision is and seeing it through.

• What’s the best decision you’ve made so far in your musical career?