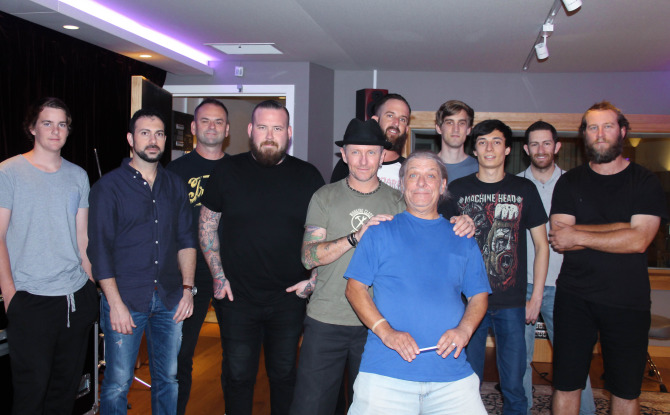 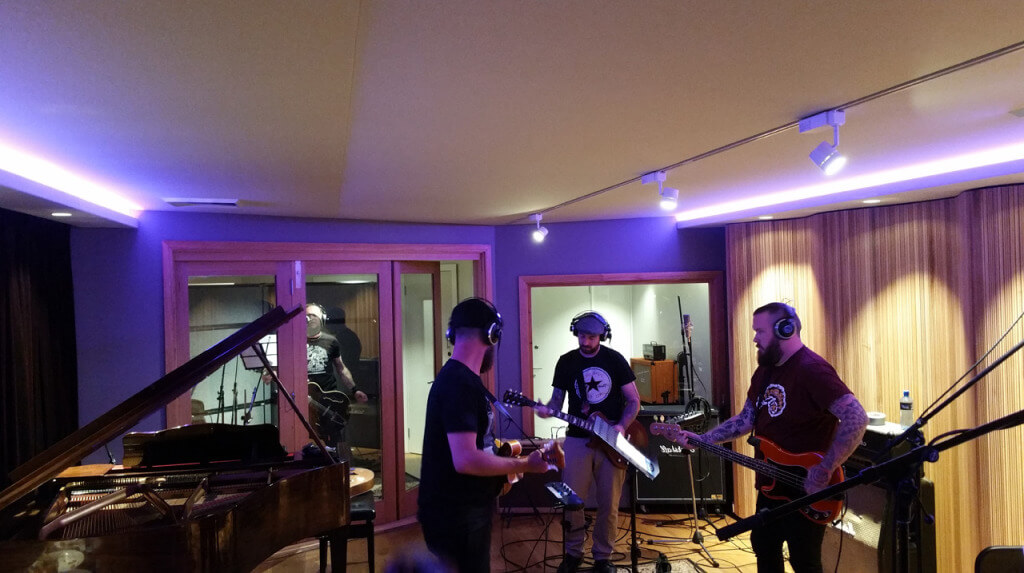 As Gary Aghabekian, one of the attendees at the Masterclass said:

“With all the gear and goodies in one studio that I’ve only be able to study online, coupled with the tremendous feed of music industry wisdom from Steve James, this Masterclass experience has given me knowledge that is critical in taking my audio dreams to the next level.”

Steve has already worked with the Rumjacks, and if truth be known has a bit of a soft spot for the “5 musical misfits” (as the band put it) and their music that front-man Frankie McLaughlin explains as “good solid punk with a fat smear of Celtic Folk right through it.”

I have to say, The Rumjacks did everyone proud. The song recorded “A Fist Full of Roses” is everything that you would expect and more from a band with a unique mastery of punk rhythms and Celtic root tunes from the Bouzouki and whistle that will make anyone get up and jump. Honestly, I wish we could play it to you. However the release dates have yet to be set and I’m told a storyboard for the clip is currently in preparation. “A Fist Full of Roses” will probably be released later this year as the The Rumjacks set off on their European Tour kicking off 3rd May in Berlin. But don’t worry, we’ll let you know when it’s out.

I have to say that all attending the Masterclass were amazed at what they saw and “soaked up”. Those participating learned, and were amazed at the drum tones Steve pulled in such a short space of time, and how quickly he took control. Steve knew exactly what sound he wanted predicting the final sound when placing his first mic. Something we could all think more about.

“The course was everything I hoped for an more.” – said J. Herman

During the mixing stage, Steve discussed his various techniques and gave examples of how and why he chose certain methods over others. All in all, it was about 30 hours, if not more in the studio just concentrating on making a record with the Rumjacks. Those who attended also experienced a visit from the record label for a listening session – who agreed it was certainly a single…

As Mark Paton, another of the attendees said:

“I loved how the Masterclass was presented in such a relaxed way, we attendees were able to either ask as many questions as we liked, or to simply be a fly on the wall and take it all in. I’d do it again. In fact there’s a real good chance that I will. Oh, and the food was to die for :)))) .”

I spoke to Steve earlier this week who was very happy with how the Masterclass went himself. He is planning to do more and is already talking to a couple of nationally known bands to participate in the next Masterclass in late April 2016. If you’re interested in attending or finding out more then just write to me at: Richard@asharp.com.au.

If you want to find out more about Steve James, have a look at his interview we recently filmed here: Interview with Steve James, or see his website: http://www.steve-james.com.

The Rumjacks have a couple more live shows to play before they leave for Europe and you can find out more about the band, their music and upcoming shows and latest news at: http://www.therumjacks.com.
I’d recommend listening to some of their music.

Talk to you soon,