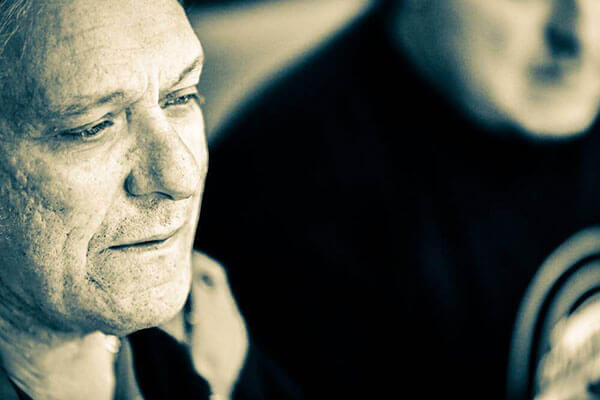 Steve James – is an internationally renowned Producer and Engineer with several chart successes in Australia the UK and US. During his professional career to date, Steve has received a Grammy Nomination and won ARIA awards as Producer and Engineer of the year. Steve’s vision remains the same;

Steve, son of famous comedian Sid James, chose a career in the recording industry at an early age. At 16 he was employed by EMI in the quality control department checking the quality of analog tape. As such, “I spent hours listening to the classic hits of EMI” which helped develop his natural ability and musical ear, earning him a place at Gooseberry Studios in Soho, London. It was here that Steve learnt his trade before “moving up” to work at the famous London studio, Chappell Studios.

During his time at Chappell, Steve engineered for artists such as Shirley Bassey, Vera Lynne, Harry Secombe, Kahmal, Tony Ashton, The Jam, The Sex Pistols, The Rutles and Eddie and the Hotrods. Steve’s fist hit came with a Grammy nomination for the soundtrack to The Rutles and quickly followed by Monty Python’s Life of Brian. In fact, many probably still remember Steve’s tune, “Always Look on the Bright Side of Life” today.

Steve first came to Australia to work on the movie soundtracks of Sons of Steel and Young Einstein. He loved the experience so much that he stayed and discovered The Screaming Jets, producing all of the bands chart-topping hits which lead him on to working for the Angels and several titles for Cold Chisel.

Steve’s worked, meant he returned to London work with Singer Paul Young and produced a small project for a close relative that became a worldwide smash called the Teletubbies.

Steve returned to Australia after 2 years in LA, partially with The Screaming Jets and immediately found himself working at Albert’s Studio, Sydney where he worked with Oblivia and won Arias for Producer of the Year and Engineer of the Year for Oblivia’s single My Friend.

Steve’s continued drive and passion for the industry has resulted in work over recent years with a number of well know national and international acts such as Skunkhour, Wetta, McClymonts, Airbourne, Diana Anaid, Jesso and Charlie Keller. Ultimately, Steve remains keen to work with new unknown artists as “you never know what the future holds“ as Steve has so often, found out.