The man behind the desk this month: Richard LAKE 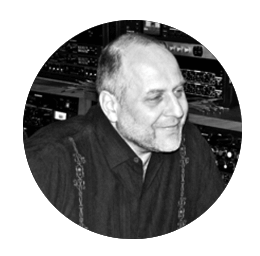 “You never have all the gear you want, and never use all the gear you have”. I can’t remember where I first heard this, but it’s one of my favorite quotes dating back to my days at BB Recording Studios in London during the late 90’s. In one session recently a client requested that I place a Neumann 147 tube microphone through a rather interesting signal chain; an AMS Neve 8801 mic-pre, 1176 compressor and finally an EQP-1A to add warmth. It’s on occasions like this I think that we should experiment more with our signal chain and really use the equipment we have to the full!

Anyway, this month seems to have been full of quotes – so just for you, here are a few of them that I have heard…Drummer, Adam Weston (Birds of Tokyo) came out with a great quote one morning when starting his ritual 3 hours practice – “Practice is good, but good practice is better” – a famous quote and very true for those wanting to earn a living out of music.

Producer Steve James (Sex Pistols, Cold Chisel) was down from Byron Bay this month recording 5 Way Addiction at A Sharp. Another great quote – “Sing it as if it’s the last thing you’ll sing”. – That’s for all you singers out there.

Our very own Jeff Cripps – in his classical style came out with another timeless quote:  “Better to have a fence at the top of a cliff than an ambulance at the bottom”

Back to the newsletter… 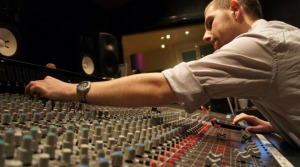 Earlier this year, Joe Sharratt, Producer/Engineer and Lecturer at JMC Academy in Sydney came to A Sharp Recording Studio with a band he was producing. For a long time Joe had wanted to give students at JMC more exposure to certain complimentary aspects of the recording process. So impressed he was with the environment and equipment, that he asked to use A Sharp Recording Studios for an Audio Masterclass, and we agreed.
The Masterclass goes through the process of recording a live band, microphone choice, placement, recording techniques and extends all the way through to mixing techniques. Joined by Richard Lake, owner/engineer of A Sharp and owner of www.mixingAudioPros.com, each student takes away resources and session files that will help them in the future. The Masterclass was limited to 6 students and so successful was the concept that the first weekend in April was sold out in a week. We want to do another in June, but we thought that it was only fair to open the Masterclass to everyone. If your interested just let us know and email us at: music@asharp.com.au
Just so you know, we are also offering a place in this months competition for those who want to try their luck…

February saw the printed edition of Audio Technology Magazine write an unexpected article on A Sharp in their Studio Focus feature. You can read the article here 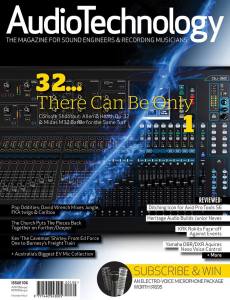 Also, Solid State Logic, the UK manufacturer of the mixing desk we use at A Sharp came to Australia and during their trip came in and had a chat with Richard Lake about the studio and the desk. If you want to read the article then please click here. 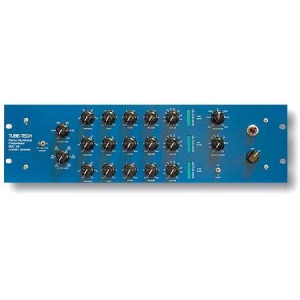 We thought that we would occasionally write some articles on the equipment that we use regularly in the studio – both hardware outboard and “in the box” plug-ins. This month we thought we would start with multi-band compression.
It is sometimes useful to employ a multi-band compressor on a dynamic audio source such as a voice, kick or guitar as it can be keyed in to control or tame certain transients or resonant frequencies within the sound and performance without effecting the whole mix. Most people associate a multi-band compressor with the mix buss, inherently used during the mastering stage and as such those working on music regularly tend to forget it can be used on a single audio source in a mix. A multi-band compressor has the advantage over the normal full-band stereo compressor by being frequency specific and not, as in the case of full band, compress or effect the entire mix when a loud transient such as a kick is heard. That is, unless you want to “pump” a mix as could be the case in an EDM or Pop mix.
So how does it work? A multi-band Compressor has a series of filters that separate the audio signal into 3 or 4 bands with each band having its own compressor. At the end of the process the signals are recombined. This means that you can change the frequency range (or crossover point) of each band according to the audio source or type of music and at the same time set independently different threshold, ratio, attack, release and gain levels to each.
Generally on a mix buss (and as a suggestion only) it is best to set the lower crossover point to around 150Hz so as to capture the kick, bass and being below the vocal range. The higher crossover point should be set between 2.5kHz and 6kHz and care has to be taken so as not to emphasize harsh frequencies around 2.5 nor reduce the air of presence from the mix above 6kHz. As a suggestion, perhaps use a spectrum analyzer in your DAW to visually see those frequencies that need to be controlled and as such where the crossover filters should be set.
There are 2 ways to basic ways we use a compressor. The first is to control loud transients in a mix or audio source and the Second is with low settings (threshold -35dB and low ratio 1.2:1) so that everything but the quietest signals have compression applied to them which adds density and energy to a mix. With a multi-band compressor being able to control frequencies within the same audio signal differently, both ways to use the compressor are possible. Technically, you can add a higher threshold to add weight to the bass with a relatively fast attach but slower release time, but use low compression ratios in the mid (1.1:1 / -30dB) frequencies with a longer attach time to enhance frequencies and a fairly short release time to add density. Finally, perhaps add heavier compression in the higher frequencies, again to add density like a frequency enhancer and possibly a faster attach to prevent transients being too pronounced.
As with everything, practice make perfect so try a multi-band compressor next time your on your DAW on an individual sound source or on your mix buss.

Who was recording in A Sharp Recording Studio this month?

The New Year has been particularly busy, especially with Birds Of Tokyo working in the studio for over a month writing together as a band and recording new ideas. Fortunately the Birds Of Tokyo made room for some of our good clients including Rob Wolfe and Stuart Briggs of 2ND, DomenickO’Kieran  and Jason Brett of The Big Easy and producer Steve James (Toyah Wilcox/ Rutles / The Sex Pistols) who used the studio to track 5 Way Addiction.
Here’s some of the other acts/producers and bands that have been with us in January and February.
Birds Of Toyko
Steve James
5 Way Addiction
Crossroad Y
The Big Easy
2ND
Willie Johnson
Joe Sharratt
Rumshack
The Good Grief’s
Stormcellar
Tracey Chamberlain

A Sharp Studios Competition! This edition-  A place on the Masterclass

A Sharp Recording Studios will be offering in this edition, the chance to attend a weekend Masterclass with Joe Sharratt and Richard Lake. An info packed weekend starts with setting up a band in the studio, discussing microphone choice and covers the entire process of recording, overdubs whilst looking at some production techniques and tips. Day 2 covers specific mixing techniques that will help improve your mixes using compressors, gates, EQ, filters, modulation, reverb and delay both in the box and with the outboard. You can compare the two – an LA2A in Pro-Tools against the real LA2A in the rack!.
To enter all you have to do is correctly reply to the 2 questions below to: music@asharp.com.au
Here are the questions.

If you have time, I’d like to hear from you about what you think of our newsletters. We want to make them as interesting and as varied as possible, so if you have any ideas or want to suggest something then let us know.
The next few months are going to be great with some interesting and varied recording – Classical, Nu-Disco, EDM, Hip Hop, Country, Indie and Blues already booked in. Lola Sola, our first newsletter competition winner is back from New Zealand and in the studio during the coming weeks to start recording her EP with our good friend Robbie Balatincz playing guitar. We’re really looking forward to hearing the results and will share them with you in the next newsletter.
Lots of great music – and wouldn’t change it for the World…
Now back to that signal chain….
Talk soon,
Richard Lake
in Newsletters  by Richard Lake 13 Mar 2015 0 comments
Share
Post tagsMarch 2015NewsletterRecording Studio