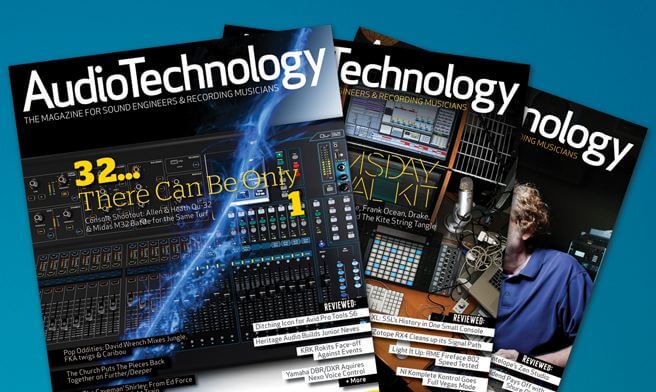 If you get the new printed edition of Audio Technology Magazine (http://www.audiotechnology.com.au/), you will find the article below, about A Sharp Recording Studios. 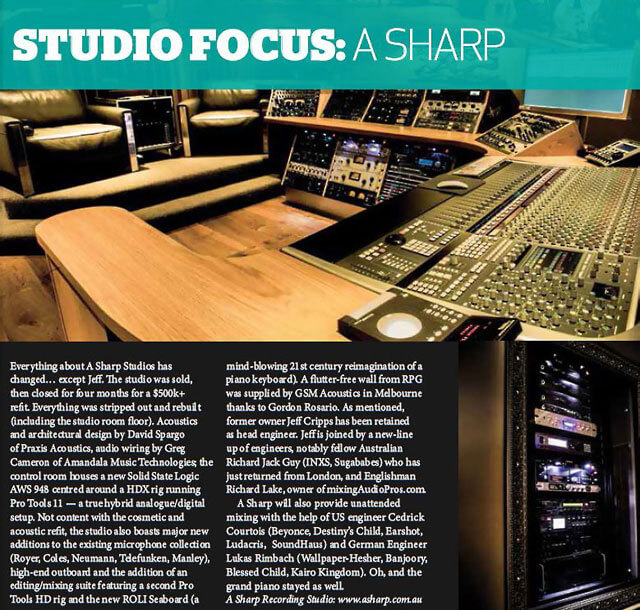 “Everything about A Sharp Studios has changed… except Jeff. The studio was sold, then closed for four months for a $500k+ refit. Everything was stripped out and rebuilt (including the studio floor). Acoustics and architectural design by David Spargo of Praxis Acoustics, audio wiring by Greg Cameron of Amandala Technologies; the control room houses a new Solid State Logic AWS 948 centered around a HDX rig running Pro Tools 11 – a true hybrid analogue/digital setup. Not content with the cosmetics and acoustics refit, the studio also boast major new additions to the existing microphone collection (Royer, Coles, Newmann, Telefunken, Manley), high-end outboard and the addition of an editing/mixing suite featuring a second Pro Tools HD rig and the new ROLI Seaboard (mind-blowing 21st century reimagination of the piano keyboard). A Flutter-free wall from RPG was supplied by GSM Acoustics in Melbourne thanks to Gordon Rosario. As mentioned, former owner Jeff Cripps has been retained as head engineer. Jeff is joined by a new-line up of the engineers, notably fellow Australian Richard Jack Guy (INXS, Sugarbabes) who has returned from London, and Englishman Richard Lake, owner of mixingAudioPros.com.